Tyler Blu Gunderson, or simply Blu, is a bird in Angry Birds Rio and the main hero in the Rio series. He is a Blue Spix Macaw that was raised by Linda in the United States but came to Rio de Janeiro, Brazil, with Túlio. Jewel is the character from Rio that appears alongside Blu, trapped in the same cage with him, as she is the only other Spix's Macaw. As shown in the Rio movie, she has three baby macaws. Fanart Angry Birds cursor pack with Jewel and Blu pointer. 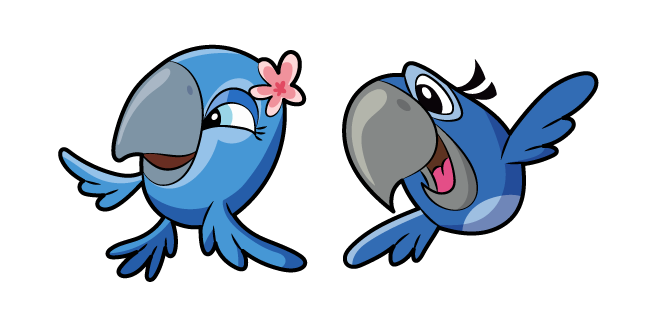