The character from our fanart Adventure Time Flame King cursor pack is also known as the Chipmunk King and is the former ruler of the Fire Kingdom and Flame Princess' father. He debuted in the episode Incendium. Jake's mission was to impress him so the king would let his daughter date Finn. Flame King wears a copper armor suit carved with rhombus-shaped red gems in the armor's collar with a bigger pentagon-shaped one in the chest. Flame King is depicted as an aristocratic, evil, selfish, and demanding ruler. 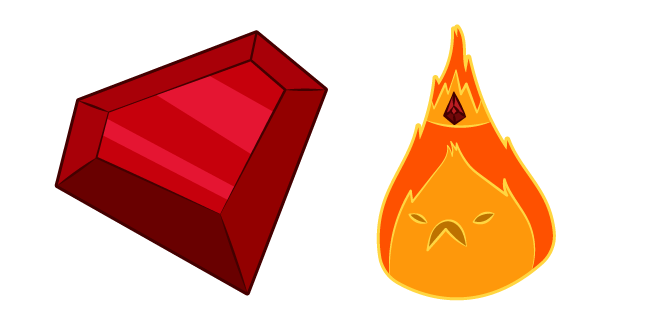