TimTom aka Timothy Miller Thomas Jr. is an American YouTuber, animator, and former stand-up comedian who publishes short animated skits and movies on his TimTom channel. Earlier he was a part of a sketch comedy channel called Rock In The Head Productions by his friend Jeremy. His YouTube channel image is a white humanoid creature with black eyes and a black mouth. YouTuber cursor pack with fanart TimTom aka Timothy Thomas cursor. 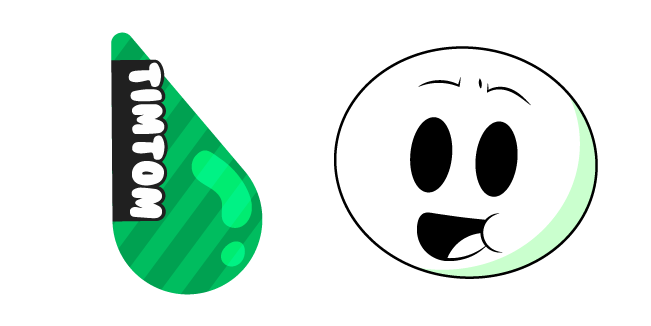