Meet Mad Mew Mew and she is the secret mini-boss in the Papyrus and Sans's House from the popular role-playing game Undertale. Mad Mew Mew is a very irritable, energetic, hot-tempered, and angry character who has a habit of adding Meow at the end of some sentences. She also has a human body with a cat's tail and pink hair in combat. The Undertale cursor and game pointer with Mad Mew Mew! 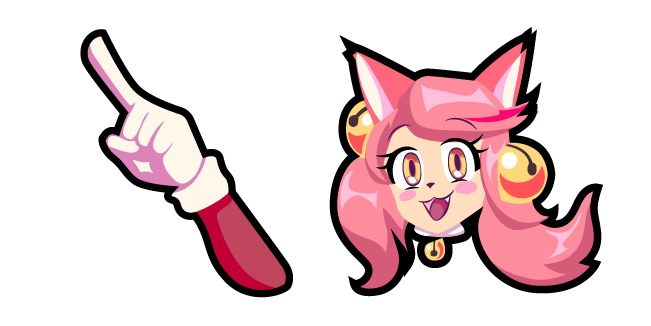