This Undertale cursor for a mouse called Papyrus and Bones is based on the tall long skeleton that is the main character in the Underswap alternate universe. Papyrus is the younger brother of Sans who has a toothy grin and wears an orange hoodie. Papyrus is a very relaxed, lazy, childish, and cheerful skeleton who loves to joke and listen to fantastic stories. Papyrus can also attack with bones, quickly travel, or teleport. 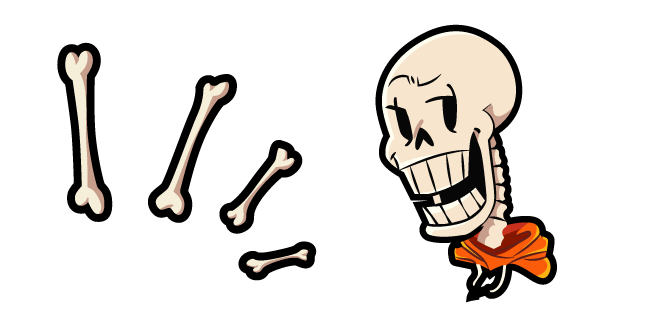