Count Bleck, also known by his real name, Lord Blumiere, is an evil count, Tribesman of Darkness, and the central antagonist of Super Paper Mario, later turned ally of him. Located in Castle Bleck, he intends to destroy the entire universe after the loss of his only love. He uses the Dark Prognosticus to create an endless void that will in theory engulf every dimension and world. Super Mario game cursor with Count Bleck and Scepter. 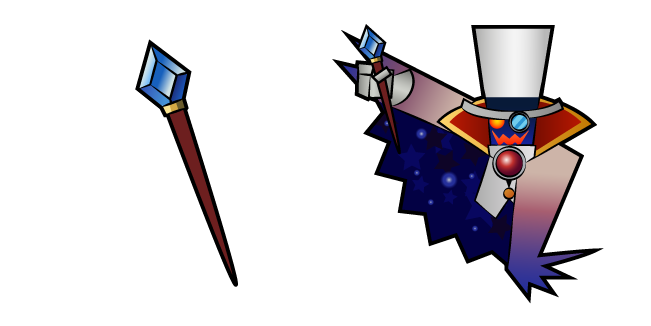