A clone from Kamino who served as Clone Capitan in the Grand Army of the Republic, but switched sides and become a stormtrooper captain in a battalion of the Imperial Army Howser from the epic Star Wars universe. Howzer retained his individuality despite having a chip and remained friendly with Cham Syndulla. Howzer wore white Phase II clone trooper armor with teal blu markings and a teal blue pauldron. A Star Wars cursor with Howzer DC-15S Blaster. 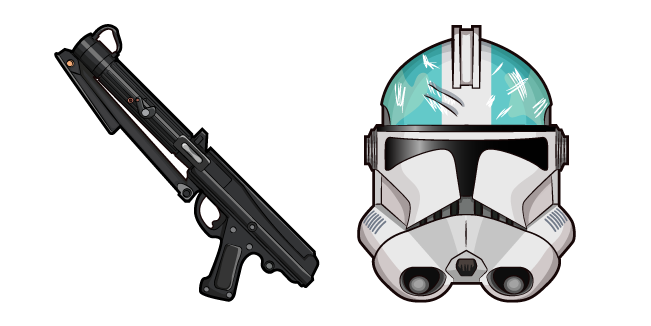