Clone Captain in the Star Wars universe is a special rank of clone trooper officers in the Galactic Republic's Grand Army who commanded companies of 144 troopers. The clone trooper captains wear white armor with red markings on their helmets and body and are armed with a series of thermal detonators and DC-15A blaster rifles, where the DC-15S is the blaster carbine variant. The Star Wars cursor for a mouse with Clone Captain and DC-15S Blaster! 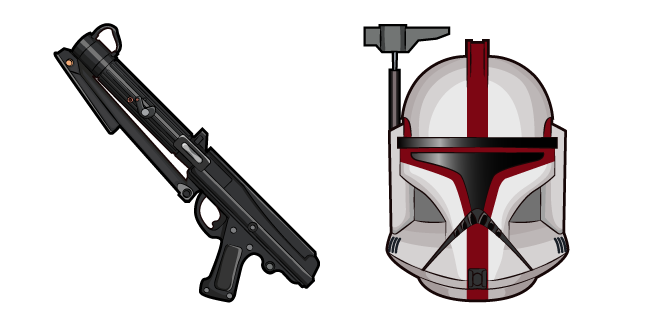