SpongeBob is a yellow sponge with blue eyes, one of the main characters in the funny animated series SpongeBob SquarePants. He is a very funny, kind, energetic character. There are many funny memes with characters from the animated series SpongeBob SquarePants, one of them is a meme with SpongeBob called Overtime, which was created because of a quote he shouted during an argument with Patrick Star. The argument came when SpongeBob found out that Patrick was watching TV instead of caring for a scallop named Junior. The funny cartoon meme cursor with SpongeBob Overtime Meme! 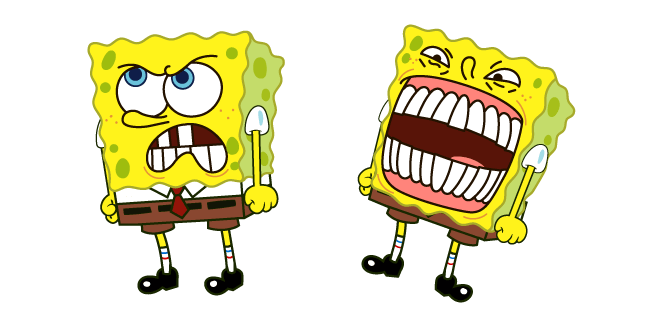 No This is Patrick Meme cursor