Have You Seen This Snail? is a SpongeBob SquarePants episode from season 4, where out of hunger and desperation, Gary tries to get him to feed in any possible way, but this only annoys SpongeBob, with this SpongeBob neglectfully yells at him to leave him alone. Heartbroken and hungry, Gary the snail abandons SpongeBob and leaves the town. And now SpongeBob is looking for him in our cursor pack with fanart Gary Come Home cursor. 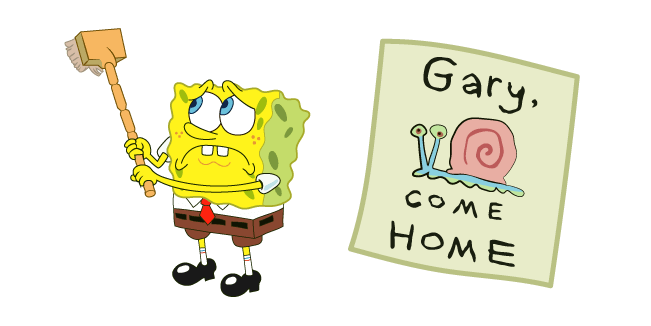 SpongeBob Put the Money In The Bag cursor

Mrs. Puff As if I really look like this cursor