Comic book ignorance around caused a heart attack! This story is about Comic Book Guy - morbidly obese, geeky proprietor of Springfield's local comic book store. Interesting that he has shown to be one of the few characters who non-directly break the fourth wall in his canon appearances. Moreover, Comic Book Guy was once married—in an online role-playing game. We adore The Simpsons series, so prepared The Simpsons mouse cursors. If you want to amaze your friends, add this awesome Comic Book Guy and Radioactive Man Comics from The Simpsons cursors! 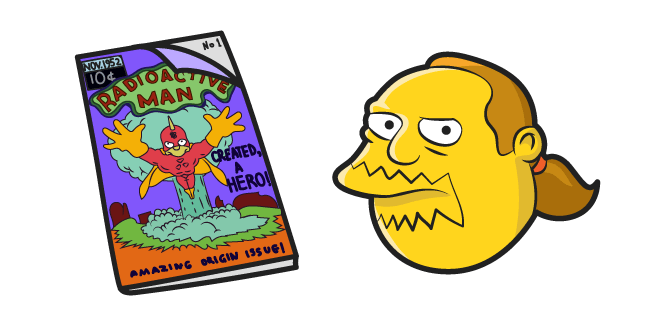