This ten-year-old boy with blue hair, a big nose, and red glasses is called Milhouse Van Houten and he is a student of Springfield Elementary School in the hilarious animated series The Simpsons. He is also Bart Simpson's best friend. Milhouse is a very timid, weak, obedient, and naive guy who has normal intelligence but weak social skills. The Simpsons cursor and cartoon pointer with Milhouse Van Houten! 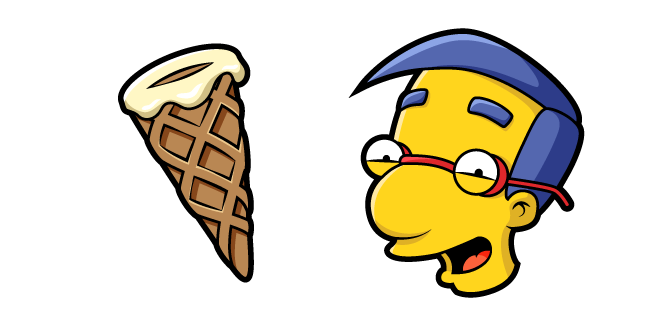 The Simpsons Principal Skinner Take on Me cursor