This anime cursor and pointer called Seven Deadly Sins Melascula is based on Melascula - the Demon character, and the Faith of the Ten Commandments from the cool anime and manga The Seven Deadly Sins. In human form, Melascula becomes a pretty, thin girl with long pink hair who wears a white leotard and pink stockings. Her original form is a small white snake with red eyes. Melascula is a very powerful character, a calm and restrained girl who loves to be lazy, and during the battle, she is very boastful and cocky. 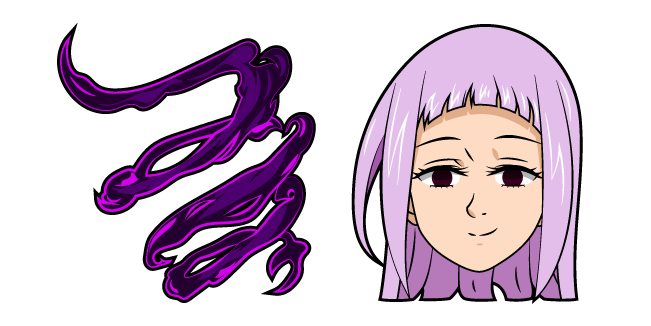