Who is this tall, humanoid red demon? This is Galand and he is an elite warrior of the Demon Clan, a participant of the Ten Commandments from the cool anime and manga The Seven Deadly Sins. By nature, Galand is a very lazy and boastful demon who hates magicians, but he is a very powerful and extremely fast character. He possesses abilities such as demon physiology, soul manipulation, power of darkness, critical over, and immense levels of endurance and durability. In combat, Galand uses a big double-sided spear called the Halberd, which he masterfully wields. The anime cursor from The Seven Deadly Sins with Galand and Halberd! 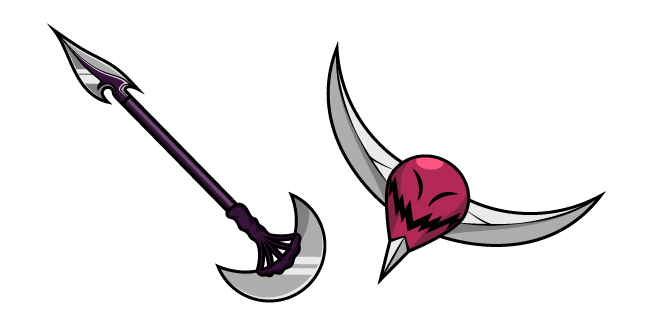