Gerheade is a fairy and serves as an adviser to the second Fairy King Dahlia and is the younger sister of Gloxinia, the first Fairy King. Usually, she wears a green hat adorned with a pink flower that covers her right eye socket that was slashed by one of the human members of Stigma. She also wears earrings that match her pointy ears and wings and holds a fruit wand. Gerheade is a mysterious, strange, and cold fairy. The Seven Deadly Sins cursor pack with fanart pointer Gerheade. 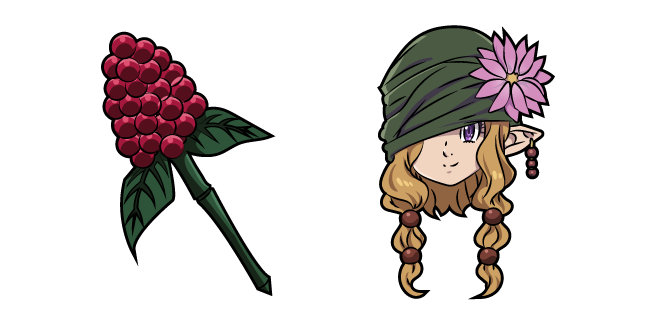