Emperor Belos is a mysterious witch in The Owl House. He rules over the Boiling Isles and lives there in his palace. He is protected by the Emperor's Coven. Belos's staff is a version of the standard Witch's Staff - it has a red glow when it is using and does not require spell circles to use its magic, needed only to be held aloft before activating. The Disney cartoon cursor with Emperor Belos and Staff. 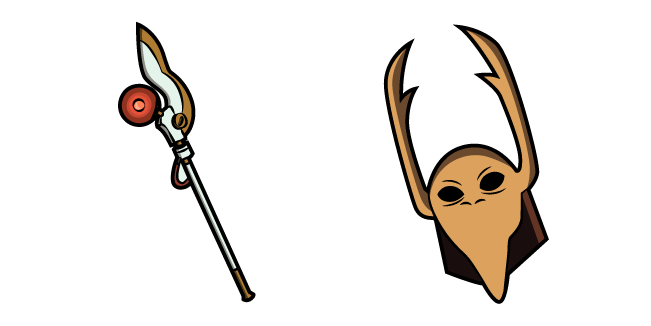 The Owl House Keeper of the Looking Glass Graveyard cursor