Alador Blight is presented as the former chief engineer of Blight Industries in Disney's The Owl House cartoon series. He is a witch who has a disheveled look, unkempt hair with sideburns, hairy arms, and stubble. He features golden eyes and brown hair, like his younger daughter, Amity, but he almost never can see his smile. Furthermore, he has the abomination symbol on his right arm, which symbolizes his allegiance to the Abomination Coven. The Owl House cursor pack with fanart Alador Blight cartoon cursor. 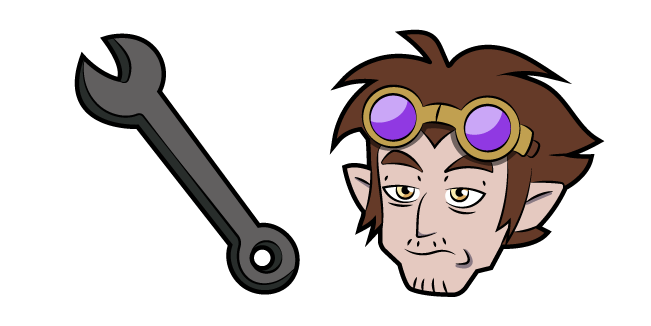 The Owl House The Collector cursor

The Owl House Keeper of the Looking Glass Graveyard cursor