Beyblade is a line of spinning-top toys originally developed by Takara. The formal Beyblade game is usually played with two or more players, where each player is allowed up to three Beyblades, but may not switch parts once a match has started. Players may choose from any of the three Beyblades they have with them for any battle in a match. Here you can try to play with the blue-green and yellow-red Origami Beyblade Toys cursor pack, which is created with paper folded in the old Japanese art style. 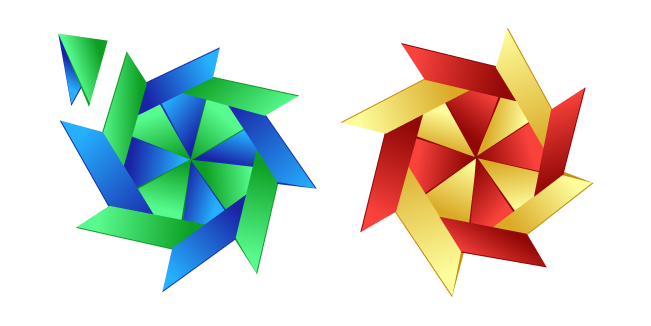