This wonderful animal became a symbol of intelligence because it was believed that they presaged events. On the other hand, because of their nocturnal existence and ominous hooting sounds, owls have also been symbols associated with the occult and the otherworldly. We aren't sure about all these symbols and other stuff, but we know that the paper folded Origami cursor pack in old Japanese art style with fanart blue owl would be a great addition to your Desktop view. 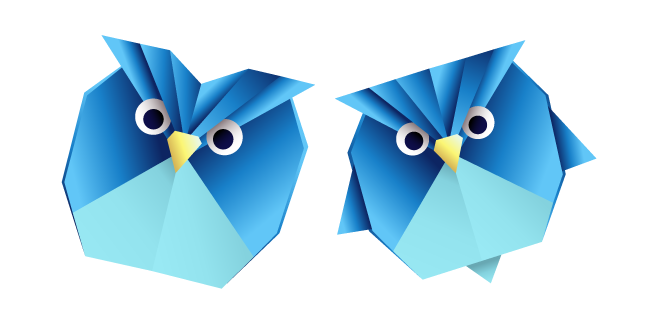