Darrell is the antagonist and villain of OK K.O.! Let's Be Heroes, which debuted in the episode Let's Be Heroes. He is a robot created by Lord Boxman, that plays the role of his loyal henchmen. He looks like a red robot with a slender and tall body, having one eye, instead of two. His head is shaped like a square and holds a pink brain inside a light green compartment that is connected to the top of his head. Fanart OK K.O.! Let's Be Heroes cursor pack with Darrell. 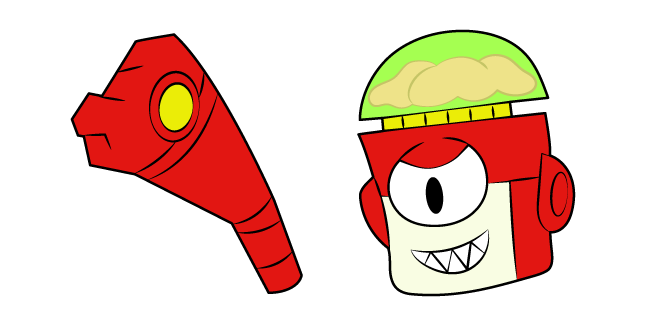