Robbie is a robot created by the main evil of the cartoon, Lord Boxman, and was presented in OK K.O.! Lakewood Plaza Turbo. He is a video game character that debuted in the episode Thank You for Watching the Show. He has a light blue body, and a yellow head and feet. He has dark blue hair in two spikes and has red pupils. Robbie shares a similar appearance to Raymond but he lacks the spikes on both shoulders and elbows that Raymond possesses. OK K.O.! Let's Be Heroes cursor with Robbie cartoon pointer. 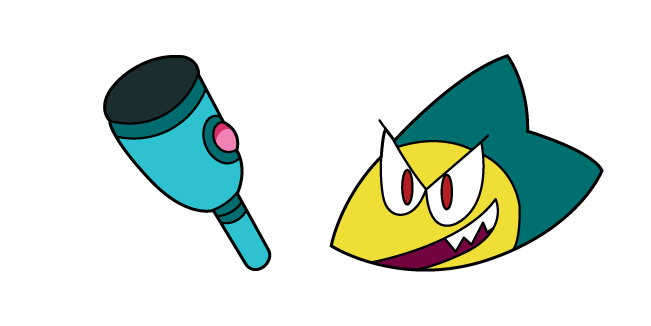