These blue cubes are tropical slimes - a variant of slime with a water-based texture filled with tropical fish. They debuted only in the Minecraft Earth game but eventually were confirmed to be in the Hidden Depths DLC for Minecraft Dungeons. Tropical Slimes were the second Minecraft Earth mobs to be added to Minecraft Dungeons after the wooly cow. Even though tropical slimes has the size of a medium-sized slime, they did not split into smaller slimes when get killed. Minecraft cursor with Tropical Slimes. 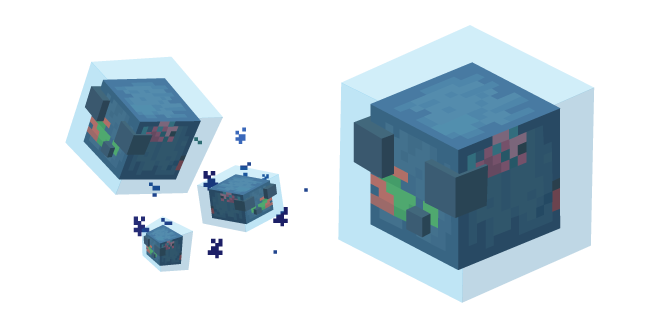 Minecraft Warped Fungus on a Stick and Strider cursor