The Trident in the game Minecraft is a weapon that can be used in both melees and ranged combat. Tridents have a basic enchant ability and can receive a variety of enchantments. For example, Loyalty will allow the trident to return to its owner after the throw, with the Impaling enchantment, the trident will deal additional damage to sea creatures, after throwing a trident with a Riptide enchant, the player will pull after him, and with the Channeling charm, the lightning will strike where the trident hits. The Minecraft cursor with Enchanted Trident! 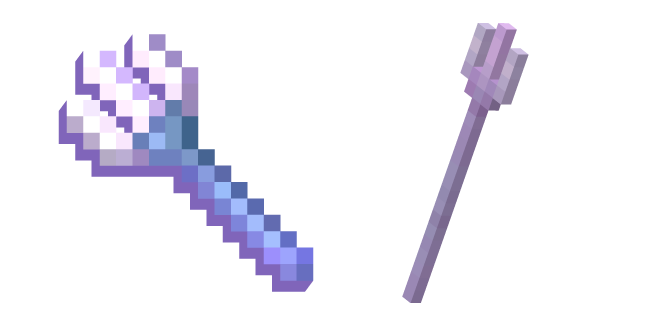