Kirby With A Knife Meme Cursor

Kirby is the main character in the Nintendo video game series. The Kirby with Knife meme is an image of a Kirby plush doll holding a knife. This meme appeared on June 6, 2018, when user Zero posted a photo of Kirby's plush doll holding a knife and captioned the photo "This guy has been standing outside my place for the past 30 minutes. I've called the police but they haven't shown up". After a short time, this meme became popular all over the Internet. The hilarious meme cursor Kirby with a Knife Meme. 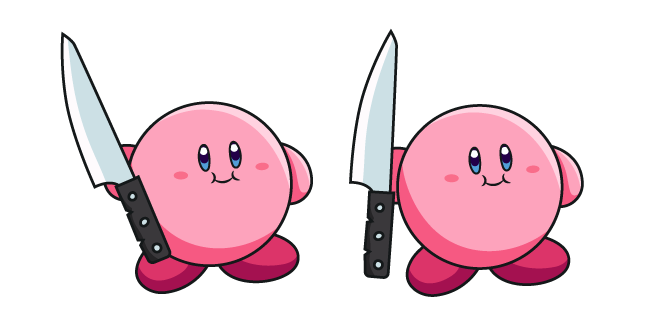 Me and the Boys Vulture cursor