This creature has become a meme - some kind of a parody for the girls who wear big and not natural eyelashes. Megan Thee Stallion has started it when this bug appeared at her home and was crawling to the top of the wall. Its look reminds her of false eyelashes and that's why it has got such a hilarious name. Do you want to make some fun of your friend with false eyelashes? Then get meme with Eyelashes Bug as a cursor. 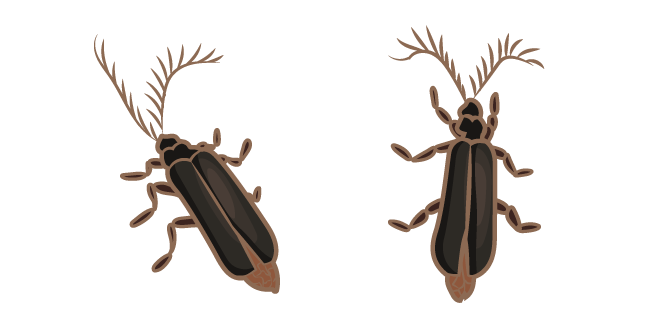 One Does Not Simply Walk into Mordor cursor

You On Kazoo Meme cursor

It Is Wednesday My Dudes Meme cursor