Spinni is a member of the Squeaks and has appeared so far in Kirby: Squeak Squad, Kirby Mass Attack, and Kirby Star Allies. He is shown as the speed of the group. Spinni's attack features throwing shurikens at Kirby. About his appearance, he is a yellow mouse-like creature, with orange feet, a long snout, and a slight frame with red nose, white belly, mouth mark, and large ears. Kirby cursor pack with fanart Spinni game cursor. 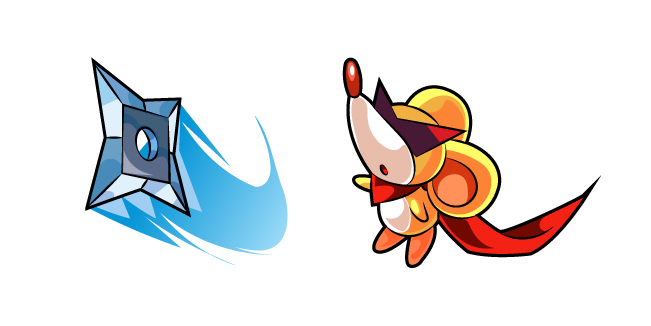