Mr. Shine, a yellow crescent moon, and Mr. Bright, a burning, reddish-orange sun, are presented as a duo resembling the moon and the sun and appear as recurring bosses in the Kirby series. They have debuted as bosses in Kirby's Adventure, and have never been encountered separate from one another. Even if one of those two is defeated, they still work as a team to fight against Kirby. Kirby cursor pack with fanart Mr. Shine and Mr. Bright game cursor. 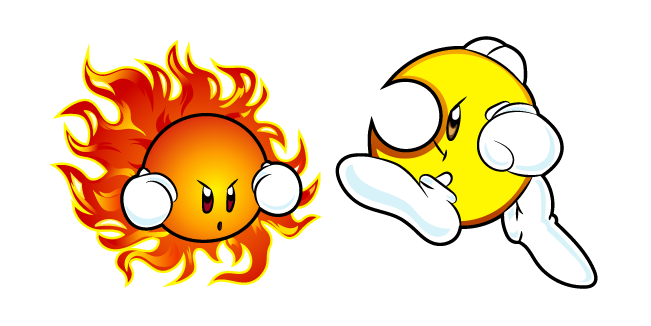