ChuChu is one of Kirby's Animal Friends, which appears as a playable character in Kirby's Dream Land 3 and has made several cameo appearances throughout the game series. She is a pink octopus with a large red bow on the back of her head, with rosy cheeks and purple eyes. Even though she is so cute and sweet to Kirby, ChuChu is shown to be very short-tempered with the other creatures. Kirby cursor pack with fanart ChuChu game cursor. 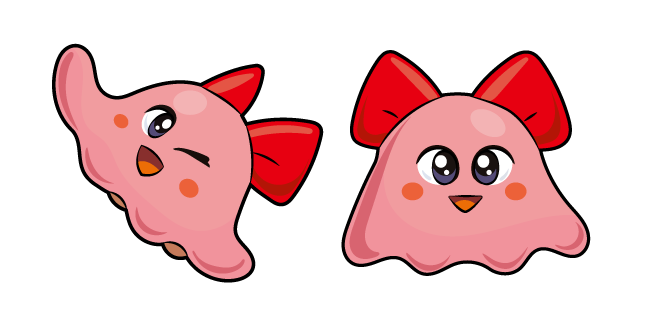