Bonkers is a gorilla-like mid-boss in the Kirby series. He has armor and a giant hammer. In Kirby's Return to Dream Land you can meet another version of Bonkers, which is called Super Bonkers and he grants the Grand Hammer Super Ability. He wears dark blue pants with torn legs and a belt, and purple armor with slits in it for his arms. He also has purple sideburns and a pompadour haircut. Kirby game cursor with Bonkers and Grand Hammer. 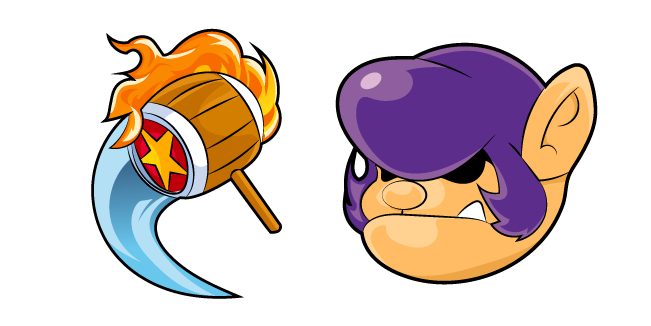