Bronto Burt, which is also called Bront Burt in Kirby's Dream Land, is a flying enemy that appears in almost every Kirby game to date. These creatures are pink and spherical and feature scowling faces and bug-like wings. These characters patrol the skies, often flying in a zigzag formation or up and down in a vertical line, serving to impede Kirby in the air. They appear in groups of three to five and attack in flocks. Fanart Kirby cursor pack with Bronto Burt game pointer. 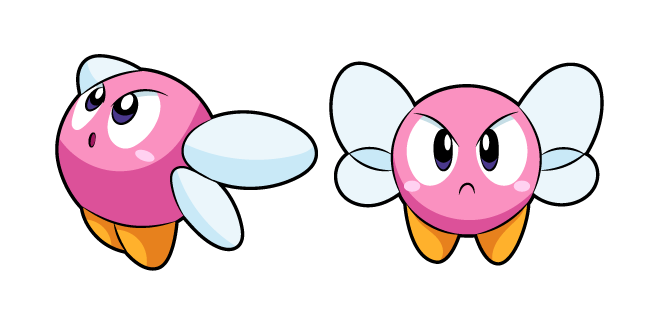