Beam is one of Kirby's Copy Abilities in the game series, debuting in Kirby's Adventure, and is obtained from the Waddle Doo enemy. It focuses on creating a whip of electricity. This look consists of Jester's hat with two branches and a white rim. One amber with small white stars and another is red. Both of them have white pompoms on the end. Kirby also wields a golden wand with small, blue, spherical crystals in its circular rim, and a large, blue, crystal on the top. Kirby game cursor with Beam. 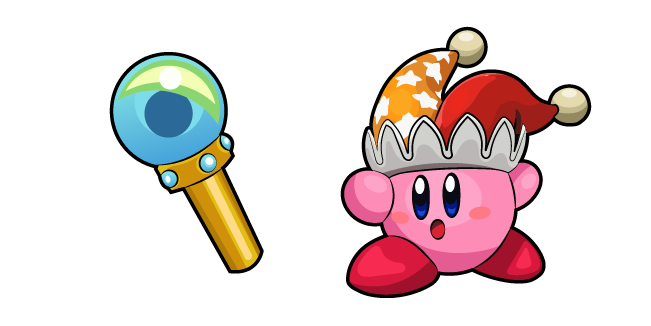