Awoofy is an enemy in the Kirby series, which has debuted in Kirby and the Forgotten Land. It is a common beast that can be found all over the new world. That's a pretty cute creature, but it has a dangerous wild side. It'll growl and jump at anyone who crosses it! A bunch of such critters attacked the Waddle Dees. We have thought that you would want for sure this orange character to be your fanart Kirby cursor pack with Awoofy cursor. 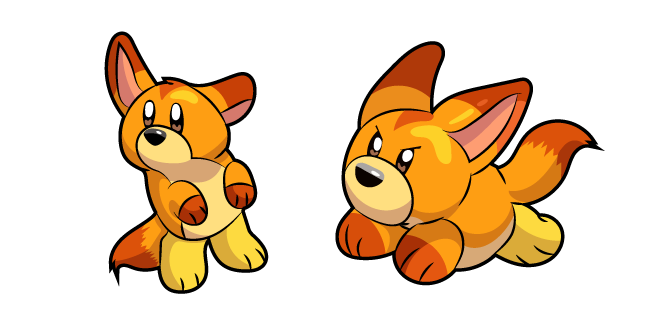