A Japanese student named Noriaki Kakyoin, who was brainwashed by Dio and directed to kill Jotaro. But fate turned out so that the guy came to his senses and decided to become an ally of Jotaro. Stylish cursor with Noriaki Kakyoin and his sunglasses from the JoJo's Bizarre Adventure anime series. 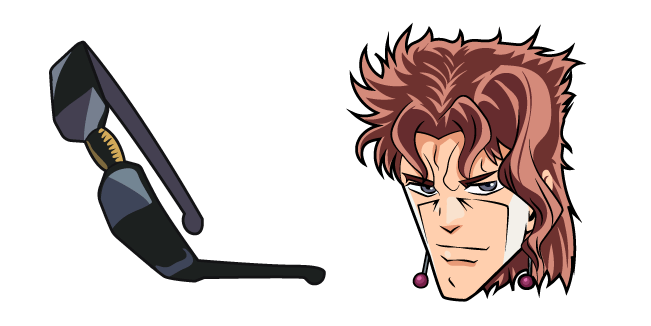