Koichi Hirose is a character in the anime and manga JoJo's Bizarre Adventure. Koichi shows up in the fourth story, where the story is told on his behalf. In the beginning, Koichi Hirose was an ordinary quiet man with a small stature, but after being hit by an Arrow, he managed to awaken the Stand - Echoes. When the lives of his family and friends were in danger, his Stand began to evolve. Act 1, Act 2, and finally Act 3. By unlocking the potential of the stand, Koichi Hirose became more and more confident. Do you like it? Then you will like our cursor for a mouse with JoJo's Bizarre Adventure Koichi Hirose and Act 3. 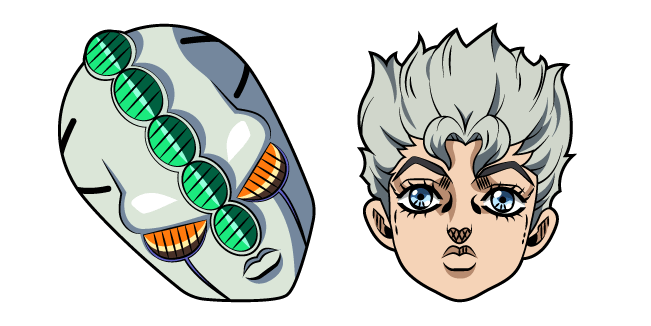