Feitan Portor is member number 2 of the Phantom Troupe or Spider. After defeating Zazan, he became the leader of the Troupe until Chrollo has returned. The young man with black mid-length hair wears dark, baggy clothes and a bandana sporting the trademark skull over his mouth. Feitan is not only a Master with swords, but also is a powerful Nen user and his Rising Sun would have been lethal. Anime cursor with Hunter x Hunter Feitan Portor. 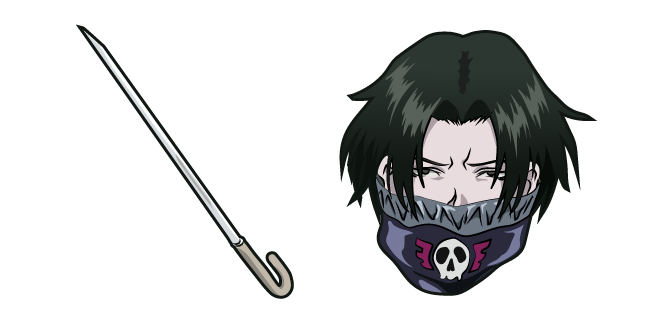