An apprentice and herb gatherer at Bubu Pharmacy, Qiqi is presented as a playable Cryo character in the Genshin Impact game. Revived as a zombie by the adepti, she has ended up in Baizhu's care and now works at Bubu Pharmacy in Liyue Harbor. Qiqi has light purple hair with a long plait in the back, pale skin, and magenta-colored eyes. She may look like a zombie, but she's surprisingly flexible due to a strict workout regimen. Genshin Impact cursor pack with fanart Qiqi pointer. 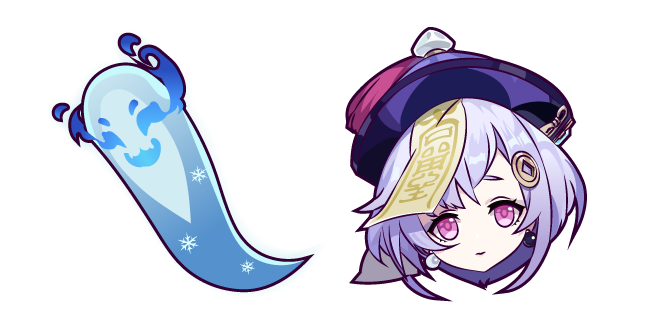