Shikanoin Heizou, a playable Anemo Catalyst character in the Genshin Impact game, is the number one Tenryou Commission detective, harboring a rivalry with the Bantan Detective Agency's Sango. He has the Lost Prayer to the Sacred Winds, a 5-Star catalyst, that is stated to be one of the best weapons in the game. In-game characters say that he seems preoccupied with his personal schemes while official duties take second place. Genshin Impact cursor pack with fanart Shikanoin Heizou pointer. 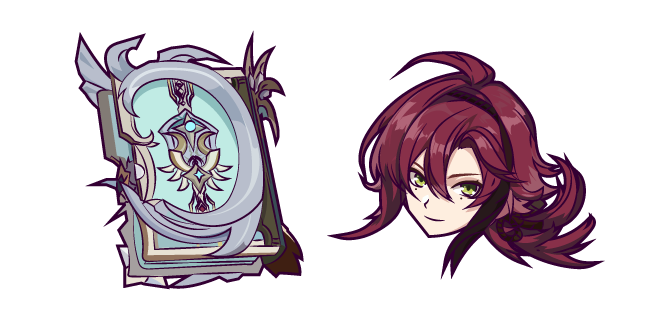