This character in formal clothes, with a thick black mustache and top hat, is called Mayor and he is the mayor of Squiggleville in the funny game Fancy Pants Adventure. The Mayor is first seen in the level of World 2, where he gifted the delicious ice cream to Fancy Pants Man for his amazing golf skills. The Mayor also has a fantastic flying ability, which he showed in World 3 after talking to FPM. The game cursor for a mouse called Fancy Pants Adventures Mayor and Ice Cream! 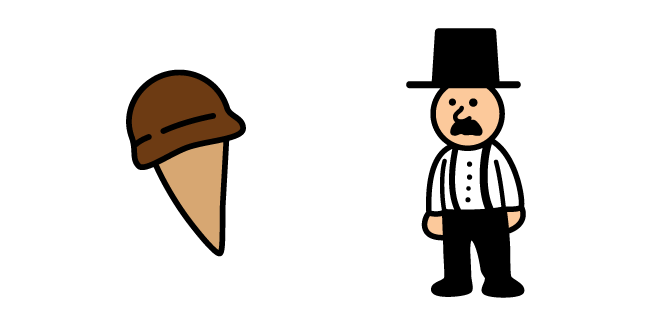