This lieutenant, who has participated in many sabotage and operations, is called Simon Riley, better known as Ghost in the series of cool first-person shooter video games Call of Duty. He is a prominent member of Task Force 141 and a British Special Forces operator who is known for his skull balaclava, headset, and red sunglasses. As a weapon, Lieutenant Simon Ghost Riley uses an assault rifle Adaptive Combat Rifle or ACR for short. The game cursor for a mouse from Call of Duty with Ghost and ACR! 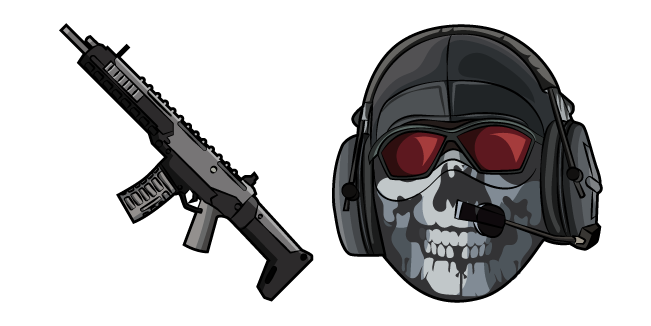