Kitana is a character in the Mortal Kombat fighting game series who made her debut in Mortal Kombat II. Princess Kitana is 10,000 years old, but is considered young in her realm of Edenia and has the appearance of a young woman. She is the loyal stepdaughter of Shao Kahn, which later became his enemy, tearing herself away from his grasp and freeing her home realm of Edenia. Mortal Kombat cursor pack with Kitana and Fan fanart game cursor. 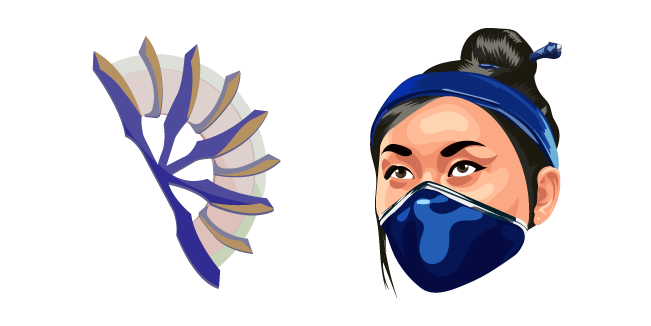 The World Ends With You Yoshiya Joshua Kiryu cursor