Cassette Girl is a character created by SoftDon, which you can meet in some FNF Modes, especially Cassette Girl Mode. She is a young girl with long black hair with highlights that resembles the spools inside of a cassette tape. And hard to miss her dark purple hat that resembles a cassette player on the front. Initially, she had to be the game mascot, but still, she hasn't been featured in the official game. Friday Night Funkin' Cassette Girl as a game cursor. 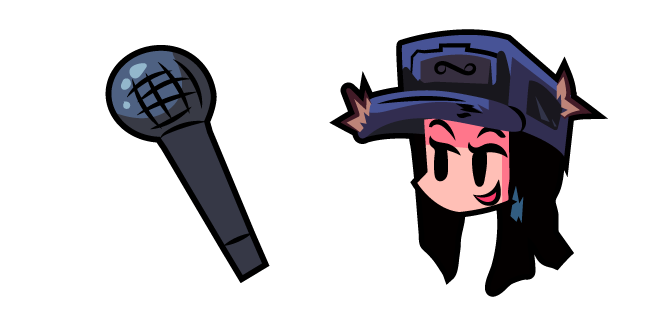