Omochao is a small robot modeled after a Neutral Chao in the Sonic game. He has a round head of the waterdrop shape with large eyes but has no nose. Both his head and torso are light blues with a stripe of darker blue running down the middle. Omochao has earned a reputation in the Sonic community for being annoying, due to his repetitive dialogue. He appears in the FNF HD mod. Friday Night Funkin' cursor pack with fanart Omochao game cursor. 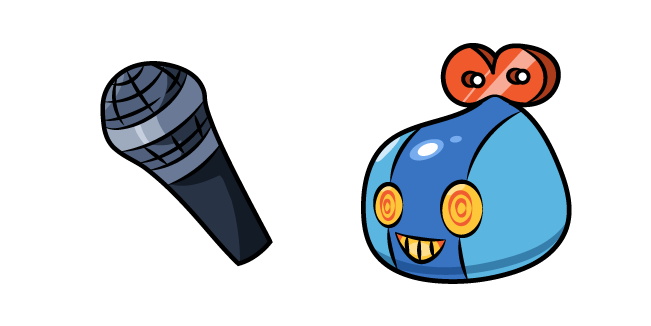