William Afton is the co-founder of Fazbear Entertainment in the FNaF game, as well as the main antagonist of the game series. He is the founder of Afton Robotics and a serial killer who was, directly and indirectly, responsible for all of the incidents, murders, and tragedies throughout the series. This character is able to cheat death, and will always return in his new resurrected forms, no matter how many times he perishes. Five Nights at Freddy's cursor pack with fanart William Afton cursor. 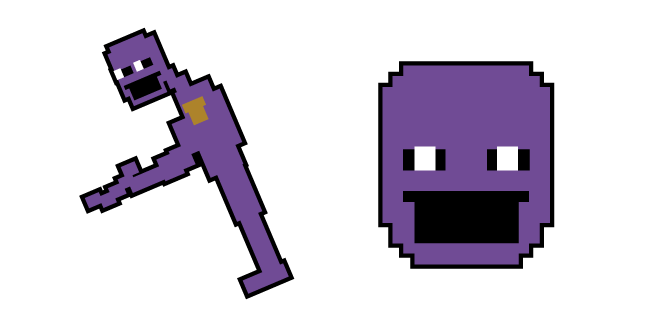