The Lemonade Clown is a clown bot that stores and transports lemonade in the popular survival game Five Nights at Freddy's. This lemonade dispenser features an orange wig, a painted clown face, a flower hat, red shoes, and striped pants. The Lemonade Clown is made in yellow and purple tones, it has a glass ball instead of a body, and a tap on its stomach. The FNaF cursor and game pointer with Lemonade Clown! 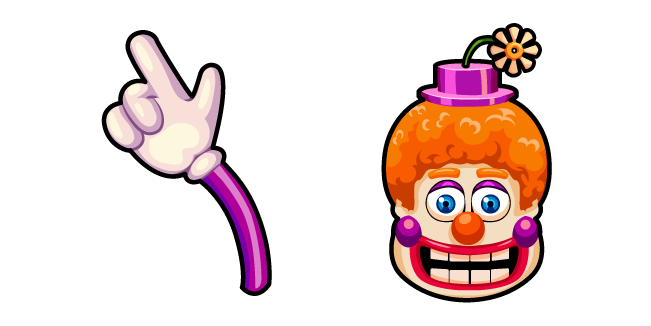