Fetch is a black animatronic dog from the book series Fazbear Frights 2: Fetch in the FNaF franchise. Fetch looks like a gray-brown toothy robotic dog with yellow eyes, a blue-collar, and a pointy triangular head. Fetch is speechless, but he can communicate via text messages on the phone using internet text slang. The Five Nights at Freddy's franchise cursor for a mouse with Fazbear Frights 2 Fetch! 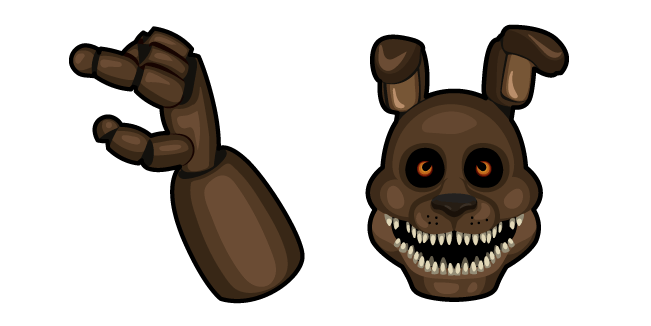