VR Toy Freddy is a seasonal purple animatronic and skin of Toy Freddy in the survival video game Five Nights at Freddy's AR: Special Delivery. VR Toy Freddy looks like an anthropomorphic bear with violet cybernetic patterns and microcircuits, with a purple top hat and virtual reality headset on its face. Also, this incredibly cool skin has a purple and black neon microphone that he holds in his hand. The survival game cursor for a mouse from Five Nights at Freddy's AR: Special Delivery with VR Toy Freddy! 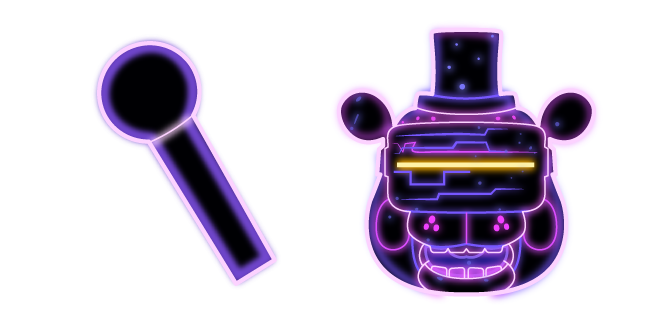