Franken Freddy or Dreadbear is a character of the Five Nights at Freddy's game series. He looks a lot like a Frankenstein's monster, with his jaw hanging and stitches on his entire body. Dreadbear was teased through Prize Counter's mirror in the FNaF 2. FNaF's Franken Freddy aka Dreadbear in a game mouse cursor. 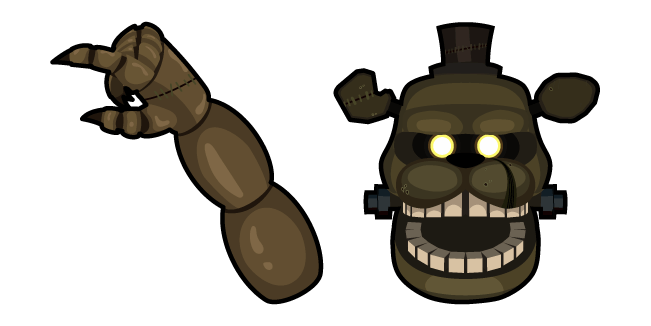