In DC Comic Universe, Dr. Pamela Lillian Isley was a promising botanist from Seattle, but she got tricked by her professor Marc LeGrande into assisting him in theft of Egyptian artefact containing ancient herbs. Marc tired to poison her with those herbs to get rid of witnesses, but she survived and gained the ability to control over plants. She became Poison Ivy, an eco-terrorist and a violation of Batman! A DC Comic cursor with Poison Ivy and Mutant Flower! 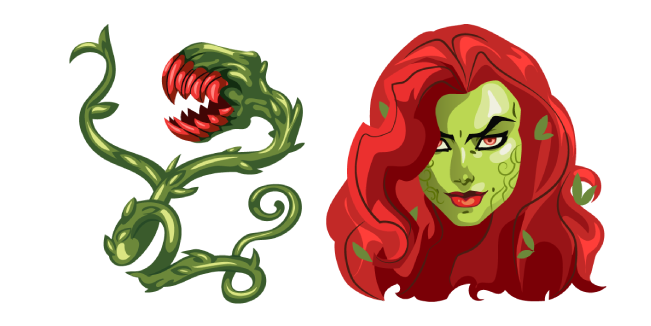 The Batman Who Laughs cursor