Kite Man is a villain in a green costume with a kite in the DC Universe Harley Quinn series. This version of a supervillain is known for his catchphrase Kite Man, hell yeah! and for trying to pick up women, how he has tried to pick up Poison Ivy but failed. However, later he became her boyfriend. Among his abilities are excellent hang-glider piloting and using a variety of gimmicked kites. By the way, in the original DC Comics, his name is Charles Chuck Brown. Harley Quinn Kite Man green cursor. 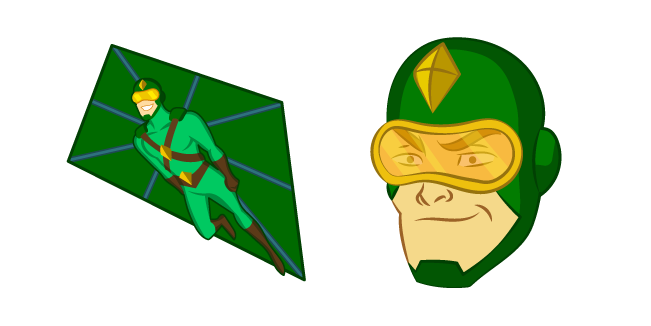