Our green emoji cursor looks into the monocle and frowns. This emoji is usually depicted with a raised head and a slight, deliberate frown, as in a close, serious examination. Face with Monocle indicates that the person is considering, reflecting, or questioning something with a feeling of disbelief. An emoji with monocle can also convey a sense of sophistication or overconfident intelligence. The cartoon emoticon cursor for a mouse called Cursoji - Face with Monocle! 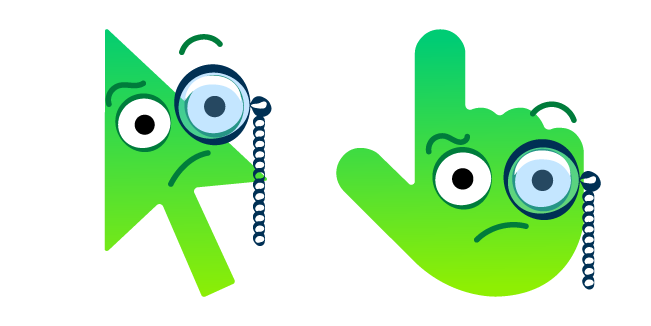